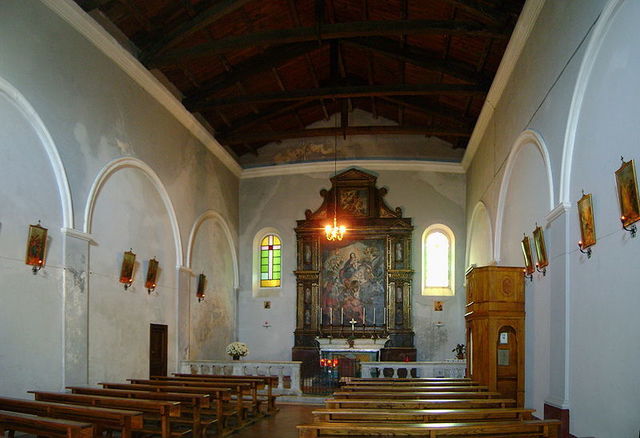 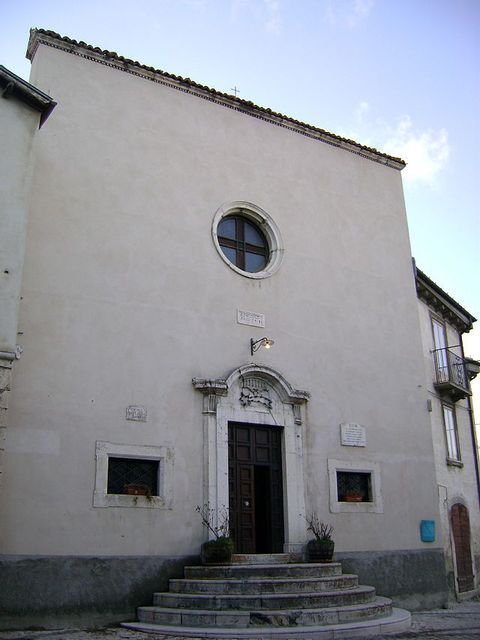 
Located along the old access road into town, the church of S. Maria delle Grazie was built in the first half of the 16th century. It was historically a stopping point for travellers and pilgrims and for this reason there was a 17th-century painting on the front of the church depicting St. Christopher, which has unfortunately long gone. Instead there is now a plaque with verses recalling its function of protection for travellers: DOM - QUI NON DIMESSA FRONTE - OH PASSEGGIER T’ARRESTA - QUI DELLE GRAZIE IL FONTE - LA MADRE DI DIO E’ QUESTA - MIRALA PIANGI E PREGA - CHE A DEVOTI SUOI GRAZIE NON NEGA.

The facade ends with a horizontal notched frame. It is all plastered except the plinth, in the centre of which is a semicircular stone staircase leading to the church. The exterior, with its very simple lines, features an 18th-century portal with pilasters, crowned by a capital decorated with triglyph motifs and supporting a semicircular pediment. The entrance door is flanked by two rectangular windows that, together with the central oculus, give light to the interior of the church Between the door and the upper oculus a stone plaque commemorates the founding date of the church: 1524. On the left edge of the facade there is a crest with a horse’s head, probably from the 15th century, which bears the initials AM (Ave Maria).

Inside, the church has a single hall with a wooden choir on the counter-facade. On the back wall there is a wooden altar from 1596 containing a painting of the Virgin of the Suffrage and the Archangel Michael weighing souls with St. Francis of Assisi, attributed to Antonio Massaretti from Lecce de Marsi which dates back to 1595. This painting is surrounded by six small paintings on wood representing the Saints Gregory, Augustine, Lorenzo, Ambrose, Jerome and Benedict.